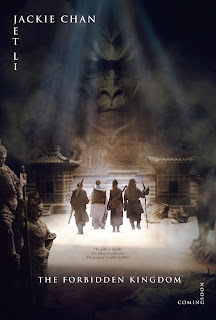 The month of April went fairly enough for me. After being so addicted to blogging, I was able to go out twice to watch a movie. LOL!!!
The first movie I watched is one of those that I really waited to see in the Big Screen – The Forbidden Kingdom! Why not? A movie that starred both Jackie Chan and Jet Li is really worth watching. Well, the movie was nice and the story was real fiction. But I was kinda disappointed, I was waiting for a very awesome fight scene between Jet Li and Jackie Chan. Well, they had one but not as I hoped for. In a mommy’s view, I give The Forbidden Kingdom 4 stars out of 5. 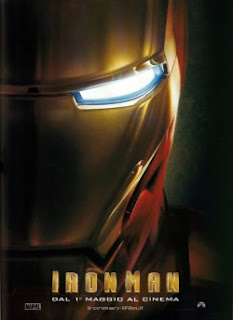 The last movie I watched was last night. As we were passing by the cinemas to eat dinner at Pizza Hut, we saw that Iron Man was already for Big Screen viewing. So, my husband and I stared excitingly at each other and then over dinner decided to watch the movie. Well, Iron Man was a blast. It has great action scenes and laugh load of scenes and dialogues too! Marvel has another comic book character come to life in the person of Robert Downy Jr. and lately they have been very good at this (Spider Man, Batman, Hulk). As expected, it was a very good movie. Even my son decided to divorced his long time favorite hero Spider Man after watching the movie. Maybe he thought that this RED ONE is better than the other RED ONE – this new one can fly and blast battle tanks apart! If you haven’t seen Iron Man, better do it now and see it first hand!
Movies
2 comments

i love coming here just to see your pr4 and just look at it. it feels good. although i don’t have one… yet seeing your pr4 makes me happy. you truly deserved it.

i wanna watch iron man and forbidden kingdom too. hopefully will have time to watch with hubby in the cinema.

please visit my other blog if you have time. http://www.peterjanet.com

have a good day!