When I gave birth to Baby Bella, I was not able to breastfeed her after four hours because I could not stand up and go to the nursery. So, the nurses in the hospital gave her milk formula for the next succeeding hours. When the doctor approved that she can be transferred at my room because of her stable vital signs, I was able to breastfeed her but not satisfied her hunger since I was not yet lactating.

When we arrived home last September 25, I was still mix feeding her because I was not producing enough milk. So, I was frustrated because I don’t want to gave my baby milk formula. I want to breastfeed her because I have the time and the determination to do so. Then I decided to take the Natalac samples given to me last August when SM City Bacolod celebrated National Breastfeeding Month. 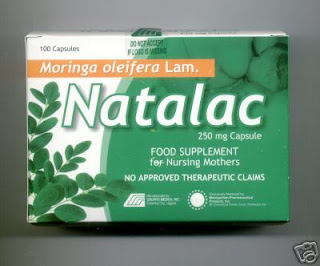 To my surprise, the Natalac samples really did help hasten my lactation. I was starting to produce milk. So, I asked my husband to buy me one box (100 capsules) so that I will have enough lactating supplements aside from vegetables and soup to help me breastfeed my baby satisfactorily.

Now, I am purely breastfeeding her! And I am so proud of it!

Tribute to My September Top 5 Commentators

Raising a #BatangMayLaban in Today’s World

The Metro vs. The Province: Where is it Best to...

5 Ways to Introduce Sustainable Living to Your Kids

How To Encourage Kids On Eating Healthy

I took Natalac din when I was breastfeeding my youngest. It really helps talaga mommy.

Natalac is really effective. It was also prescribed to one of our patient.

sis I have a message for my sponsors here:

Her and History just started it’s giveaway and will end on the 5th of November. Thanks for your support/pledge thus making the celebration a grand one with tons of giveaways!

I therefore invite you to join the fun HERE🙂

Yeah, Natalac is very good! I carried it with me when we moved from Australia to Taipei and Dubai. I breastfeed my son for almost 3 years. It does help a lot!