My mind really heated up last night. I think I do have the right to be angry.
Here’s the story. My hubby told me that his land lady was going to deposit her payment for my TV yesterday. So, I waited for it. Then her land lady texted me that she will just only deposit Php 2,500 as partial payment for my 21 inches Sharp TV, 7.5Kg Panasonic Washing Machine, and TV stand. The rest will be next week. So, I told her never mind because there are other buyer who are willing to pay in full and in cold cash for these items and besides hubby informed me that she is only interested in the TV since my washing machine is already sold to my best friend at Bacolod. When my best friend was about to get the washing machine, the land lady did not gave it to her because she said it’s already been paid (take note, she didn’t paid me nor hubby). So, these old hag (mind my words) made a lot of comments on me and my things . She said to all would be buyers that all items have already been paid and sold.So, I was furious about this and told my hubby to take care of it since I am badly in need of money since he haven’t sent anything yet and the credit card companies are already banging my phone following up my accounts (my name…his accounts – stupid me huh?). But guess what…he sided with the old hag. They only released the washing machine to my best friend and the rest of my items – ACCESS DENIED!! The would be buyer waiting to get the items with cold cash on hand was denied purchase by my husband!! Me and my kids are now super dead broke!! My blogging income (supposed to be extra income for the kids and savings) are always depleted everytime it arrives because I used it to have food on the table and my children’s daily expenses for school. Everytime I get my pay from my online work…I sell my dollars for only 40 pesos (current rate is 44) just to get cash immediately because of our daily expenses.

OK…OK…let me be rational on the matter. I understand that he prioritize the land lady because he reserved the room for almost 3 months (see…we were still there but he has a room already to transferred too) without pay and he transferred there without down payment because our eletricity there was disconnected in the apartment we rented. Remember in my old post that the reason he was not able to send money because it was not enough to pay the bills? So now where is the money??? Why was the lights and my dsl connection disconnected there??

But it was not the reason I got furious. I called him and explained him that I really needed the money and that I needed to pay my credit card bills. So, what he did is that he shouted at me over the phone and called me “gago” (stupid) and I have no respect for him. He did that name calling thing in front of my best friend, the would be buyer, the land lady and the whole neighborhood. Right there and then I cried furiously with hate and anger…all those things that I am selling are the things I was able to buy when he was not yet around. Two years he left us with another girl…he left us broke and penniless…so I looked for a job and took care of my children for two years all by myself. I was promoted and was reassigned in Bacolod. For two years I was able to build a home without a father. Bought things and made a good living. Then after that two years when he has no job and penniless like the time he left us…he came back leaving a daugther to his other woman…but I accepted him. After few months, I was able to help him find a job. After a year or so, I ressigned my well-paying job for the kids and him. For him in the sense that he would not feel belittled. I gave him the throne of being the hubby and the father…but he did not change. He gave in to his weaknesses again – drinking, girls, and illegal d.rugs. Only a few months of me having no work…my credit card limit was slowly sucked 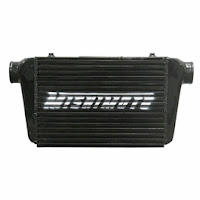 dry…our food is running low…I always cry at night because he does not go home. So…I have no choice but to return penniless again to my also penniless parents. Living my life full of hurt…seeing all the things that I have bought for the past two years without him being held captive by his decisions…

Now tell me…don’t I have the right to heat up like a car engine!! If not provided with a universal intercooler, it would blow up??

I cried and I cried…my children saw me in my pain. I don’t want them to see but I couldn’t help it. Our house here is so small that I have no place to hide. In my pain…I was able to sleep.

Now again awake full of many questions…where do I go from here???

SORRY FOR THE BIG MESS!!

I hope he’ll just wake up Rubs and see the reality…. makita nya ba na the kids are with you and they need his financial support.

You do have the right to get angry and heat up like a car engine…hehehe! nakakatawa ko sa ulahi na portion imbis serious na kau akong pagbasa ba.heheh!!bitaw uy.. I hope you’re okay now..:)

wow… kapal din ng mukha niya ah. you could tell him that it wasn’t his money used in buying the items, and not even his money to bring food on your children’s table.

If I were you mommy, just leave him and get all the things that are yours. If he gets angry, tell him to go back to his 2nd wife and suck her money. (sorry for the words)

I know that you still love him, but too much is enough. If you think you cannot handle the pressure anymore, just leave him be, because one thing’s for sure, it will be his loss and not yours, remember that. You are a great person, and very hardworking. With him, you always cry, and are always hurt of his actions. You deserve to be happy mommy…

The only way for you to go from here is FORWARD and UP. From your post, I can see that your husband is sucking the life force out of you. I’m sorry, Mommy Ruby, but you’re better off focusing your energy on taking care of your kids than being treated this way by him. You are a strong and hardworking mom. You deserve something better than this. Go get that internet cafe business going or on earning money online…and waste not a moment feeling hurt by what your husband is doing to you. Always seek God’s help and guidance, and He’ll light the way for you. We, your friends in the blogosphere, are just here supporting you all the way.

mommy ruby, i just don’t know what exactly to say. i know you know what to do, but i think you don’t have the courage. but you have to move on and forget about him, if u still love ur self and ur children. don’t waste ur life being problematic and lonely for someone who just don’t deserve it.

it must be hard going through the daily life worrying where you’ll get money to survive, with an irresponsible husband on the side.

i think it’s better for you to totally forget him and move on with your life. it’s just killing you to still hope there he’ll change! many of us think he won’t . . . ever!

be strong and just have a positive outlook in life.