Theme of the Week: Name Game

I already posted about this at my blog Lourdes’ Mia under the post entitled My Kiddo’s Names. Since I have already made a post about their meaning, I have opted to post it here again. 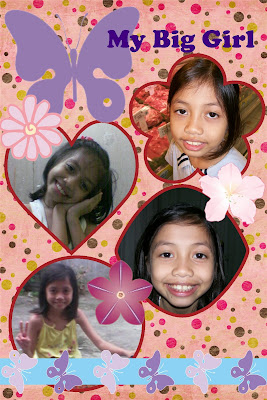 Being a the mother, carefully chose their names according to their meaning, here is a small background history of her name’s true meaning:

Micah was taken from the author of the book of Micah in the Bible. Actually this is a boys name with Hebrew origin that means “who is like God” or “who resembles God.” It is pronounced as MYE-cah.

We have chosen this one because it’s from the Bible. But personally, I picked the name Micah because of it’s meaning. Not that I want my daughter to act like God but for her to someday grow up and imitate the good attributes of God.

Izabel is of Spanish and Latin origin. It was taken from it’s original form Izabel which also have Elizabeth as it’s Hebrew variant which means “God’s promise.” It is also pronounced as iz-a-bel.

I have chosen this one as her second name because I don’t want to forget God’s promises in my life or even in ours. She will daily remind me that God keeps his promises. The “s” became “z” because of her aunt Zarah. Who already thought that Micah will someday be called “Iza” when she grows up to be a teenager. 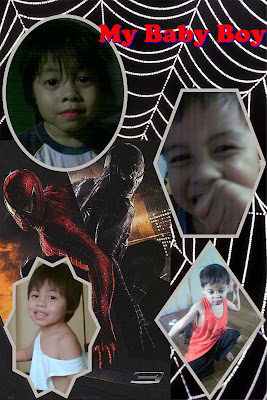 Johann David was born 3 years after her sister Micah Izabel. Just as the same, his name was also chosen based on the meaning it holds. But this time, there were other reason that was put into consideration, the future. The Hebrews name their children on what they want the child will be when he or she grows up or what the child has caused the parents. Like them, I was did some prophetic gestures too. I chose my baby boy’s name meticulously because I wanted him to become a musician for the Lord.

Johann was derived from the famous composer/organist Johann Sebastian Bach of Germany. This name has its origin coming from Germany and is pronounced as “YO-hahn.” The name means God is Gracious. Every time I see Johann, I am always reminded that God is indeed a gracious God.

David on the other hand is obviously from the famous musician in the Bible named King David. The origin of this name is also Hebrew meaning beloved. Of course, he is my son. Indeed he is my beloved musician!

From the combination of his name – Johann David, I am sincerely praying that someday he would grow up and play an instrument and even sing for the Lord.

Bags and Wallets: My Favorites!!

Doubt is the Greatest Gift

Prizes for My January Top Commentator

wow mommy inspiring names talaga ang name ng mga kids mo. I hope and pray it will be done…Mine is up also hope you can take a look. Happy weekend.

The names are very inspiring. I fancy the name Johann too.

uy! both our sons have the same meanings in their names ,. beloved of God and of God..:)

I like the names of your kiddos especially Johann. When I was in college, I like to hear Johann Sebastian Bach’s composition during our Humanities subject.

Btw, mommy, kindly update Online Mommy’s Corner link to . This is my new site. My entry is already here, I hope you have time to visit.

amen to that mommy!

our baby was also named because of the meaning. although her first name, shawna, was not readily accepted in the family, we insisted on it because of its meaning “the Lord is Gracious.” when we see dindin, we see God’s grace in our lives. 😀

yes i want a self hosted wp cud u help me realize this dream? hehehe

Hello Mommy Ruby, thanks for visiting I really appreciate it. But its sad to know that you lost your PR too.. I had been into bloghopping a lot lately and I find your blog moolahmusings very helpful. I just wonder if I’ll be able to get my PR back.. Thanks for informing me that there are other ways to make money online. Now Im optimistic 🙂

Hi sis, your children’s name are beautiful too as well as the meaning.. it feels good to know that many of us moms here in the Blogosphere, really account the Lord in naming our kids..

Thanks for the visit at my blog. I truly appreciate the gesture. I hope to see more of you soon!

All the Best,
LAINY