Solar Power as an Alternative 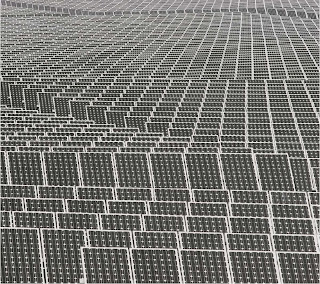 Hubby works in a geothermal power plant. They harness the steam of Mt.Canlaon of Negros Oriental. Here in the Philippines since we have a lot of active volcanoes and other natural resources, we tend to uses these resources to its finest.
Though other countries like the United States of America, Japan, and China, has also manipulated a great source of energy to be used as electricity – Solar Energy. Solar energy is a form of energy coming from the Sun in form of heat and light. Solar power or solar energy is relatively used synonymously as converting sunlight into electricity through photovoltaic or PV.

The United States is one of the most highly developed countries that use solar power. Even families have installed solar cells above their houses as a way to produce daylight electricity. It is also used in controlled heating of greenhouses and even heating water.

Oregon Solar Power has been actively researching for ways to make solar power as an alternative energy source. Not only for the purposes of producing electricity but making a cleaner and environment friendly power production since solar power doesn’t emit anything harmful such as those by-products nuclear power plants. Though their campaign is worth quadrillion of dollars, they are doing their best to make a safer place and a healthier Earth to live in and eyeing for a return of investment within the next 10 years.

There are many ways to safely harness Earth’s natural resources to provide us a better world. It only takes a voice to be heard and when heard, the money to start.

Juicers for a Healthier Lifestyle

My Pain-Free Solution is Now A Click Away with Sanofi’s...

Earn Up to 5000 Pesos with PayMaya

Got Myself a New Laptop – ASUS VivoBook S15

Managing My Finances Got Easier with GCash