Earlier today my hubby and I watched the anticipated fight between Manny Pacquaio vs Miguel Cotto. It was one of the most exciting dates we had. We shouted and clapped at every blows Pacquaio gave Cotto.

During the three undercard events, I felt so sleepy but I did enjoy each bout. The first undercard event showed some smart boxing between Jesus Soto-Karass vs Alfonso Gomez. The second one was also exciting because underdog Yuri Foreman (who was booed when the fight started) won the fight against Daniel Santos. The third was indeed a special feature. Seeing Julio Cesar Chavez Jr, the son of the legendary boxer Julio Cesar Chavez Sr, who was dashingly handsome fought against Troy Rowland.

When the fight between Manny Pacquaio vs Miguel Cotto came, all were excited. At first, I was really scared since Manny Pacquaio was the challenger and Miguel Cotto was so physically big compared to him. Anyway, as the round progressed, I became more confident that Manny Pacquiao will win the fight especially when he knocked down Cotto on the second round. The fight was stopped by the referee at the 12th Round win Cotto could no longer punch back. Cotto’s face was badly beaten by the hard blows Pacquiao gave him. He might need more than a wrinkle cream to fix his wrinkled face from Pacquiao’s combination of left and right hand hooks! 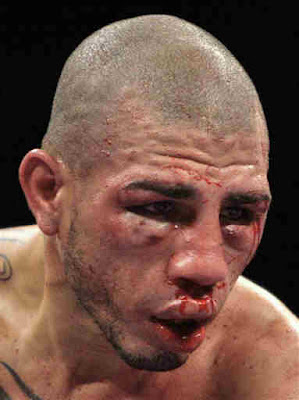 Anyway, Manny Pacquiao is the first boxer to get seven championship belts in different divisions. He is indeed the best pound for pound boxer in the world. Now, I wonder if Manny Pacquiao vs Floyd Mayweather Jr boxing fight will be a possibility for next year. That I am sure I am going to watch again!