As I have announced before, SM City Bacolod have invited the Negros Bloggers and the rest of the WiFi (internet) users of Bacolod City to join their WiFi Launching on July 31, 2009. The event will start at 1:00pm but the registration starts at 12:00nn.

Below is the official press release of SM City Bacolod on the said event: 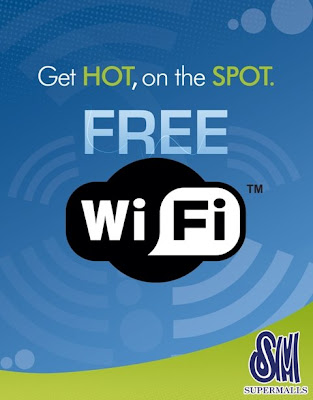 The grand launch of FREE WiFi will be held on July 31, 2009 from 1-4PM at the Northwing Event Centre of SM City Bacolod. All SM shoppers may avail of the free WiFi connection in all areas of the mall without password requirement.

The Negros Bloggers has been invited for a meet-up during this event. Leaders are Ruby Caberte, Edson Azuelo, Maricar Dabao, Sigrid Lo, Dennis Lo and Maricar Lo. All bloggers are invited to come and get connected with the rest of your virtual fellows.

Masscom students of the University of St. LaSalle are also encouraged to come as there will be an internet and wifi tutorial for senior citizens. Our lolos and lolas have either children and grandchildren abroad thus it is important that they know how to operate the computer/laptop and get connected to the internet as it’s the number form of communication today.

There will be a Best Blog Contest. Bloggers may post about their best experience and memory of SM City Bacolod and link it to www.smcitybacolod.blogspot.com. Details of the mechanics will be announced during the launch.

So, to all WiFi users here in Bacolod City, come and join us! Let’s experience the latest facilities SM City Bacolod has to offer! See you there!!

Get a Place at Outer Banks, North Carolina

Naks naman, you’re one of the speakers pala Mommy. =)