Lately this week, I noticed that my son developed a red spot in between his eyes. First I thought it was just an insect bite, but it wasn’t. It was a pimple! I was really shocked since my son is only five years old and having such on his face was not a usual case. If he were older, it would be easy putting a small amount of Zyporex and after, I wouldn’t worry anymore but in his case it is so different. 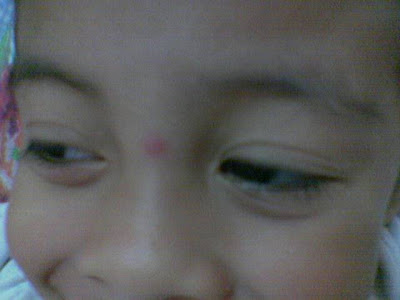 So, what I did was wash to his face always and concentrates the soap bubbles at his pimple. Now, the pimple is still there but has subsided in size. It’s not the same as before. I hope it would be gone by the end of the week.
Anyway, any parents suffered such case?? How did you remove it??

Optional Tasks to Get Additional Entries

Learning and Preparing About Monkeypox in the Philippines

try to put a lipstick on it,and see whats the result…..